The province of Novara

Mountains in the province of Novara

Already part of the historic region of Insubria, inhabited by Insubres until the fourth century BC, the province of Novara is the seventh province of the region and by extension came from a series of “spin-offs” such as that of the province of Verbania, 1992 and that of the province of Vercelli in 1927.
Between the rivers Sesia and Ticino, natural boundaries, respectively west and east, north and south boundaries follow the boundaries of the various municipalities. Its territory is divided between a plain area, a “pianalti” area and a  mountain area, with the first affected by the cultivation of rice to which we owe the dense network of canals, irrigation ditches and springs needed to crops. I “pianalti” are pads, are elongated, similar to the plains alternating with short flat in which flow rivers such as the Sesia and the Ticino. Finally, the area of the mountains, at the mouth of Valsesia, sees the group of Mount Fenera and the massive Mergozzolo with the top of Mottarone, between Lake Maggiore and Lake Orta.
These two lakes, combined with the rivers and the many nature parks (including that of the Sacro Monte di Orta) mark the tourist area by placing it as an element of natural attraction: the beauty of the landscapes and the beauty of the lake resorts make this part of the province of Novara, a favorite destination for many foreign tourists. In addition, the province has a very rich history that has delivered some 110 castles (including towers, shelters, forts and castles of various sizes), a sort of world record that gave birth to the project “Park Ludovico Il Moro – The hundred castles Novara “in order to enhance and promote this rich history and architecture.
The province of Novara is one of the richest in Italy thanks to industrialization which, together with agriculture and animal husbandry, make strong the regional economy. The De Agostini, Pavesi, the PAI, refineries Sarpom-Esso of  S. Martino di Trecate and Mecaer Aviation Group of Borgomanero, the most important Italian center for the production of taps in the municipalities of Pogno and Gozzano and that of steel for the house represented by Sambonet, Alessi and Bialetti, make the province of Novara one of the most important in Italy in industrial terms. 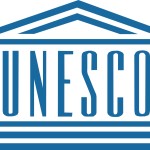 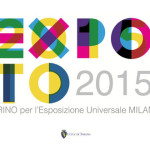